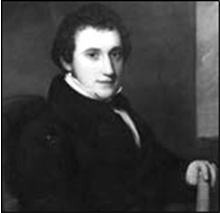 Here we find Mr Henry Wilkinson publishing a leaflet in the 1850’s entitled “Observations on Swords“.

It was a very popular publication and ran into 21 editions.

I have included some highlights.  Below that are his views on “Modern Service Swords”.

It is now universally admitted that if a sword is to be worn by an officer it ought to be an efficient one, especially for India.

The attempt I have made to ensure an efficient weapon has been attended with the most perfect success and I have received the greatest encouragement to proceed; my pattern swords having been approved by the Commander-in-Chief, adopted at Headquarters, both for the army and Navy and recommended by the highest authorities in England and India.

It is universally acknowledged that the manufacture of swords was never at a lower ebb in this country than at the period when I commenced my present undertaking.  Our officers returning from India can attest the numerous failures they have witnessed.  Every civilised nation in the world, except England attaches great importance to this branch of manufacture.  In the East, enormous sums are given for swords and they are handed down as heirlooms from one generation to another.  In Persia, turkey and India, from £50 to £100 is no uncommon price for a blade only; but in England £5 is often considered a high price for a sword, which may be superior to many of those so highly esteemed.

Russia, Austria and France pay much greater attention to the subject; and although we can surpass them in all manufactures of steel if we choose, cheapness in this country has been the principal recommendation to the seller; and the purchaser not knowing where to procure a trustworthy sword, or where to have it proved becomes indifferent, and is content to order one with his regimentals, hat or groceries, conceiving it to be completely a matter of chance. Greengrocers, Bakers or Milliners may be just as likely to sell good swords by accident as Tailors, Linendrapers, Universal Storekeepers or any other tradesmen unacquainted and unconnected with the manufacture of metals, who have of late become the principal vendors of swords to the officers of our Army and Navy, and of course know much less about the weapon they sell to their customers.

A young gentleman going to India is presented with a regulation sword, purchased along with his shirts and stockings and he only discovers, when opposed to some sturdy for the first time, that the hoop of an ale-cask would have been equally serviceable…

There are many essential properties in a sword besides the quality of the steel and the temper, which are unknown to makers generally, or wholly neglected, but which are most important to all who have occasion to use them; namely, the mounting, the balance, the combination of strength with lightness, and elasticity with firmness.  Every swordsman knows that a thrust is always more efficient than a cut; and a sword that is too elastic vibrates in the hand, and is more inconvenient to use than one that is firm.  An old officer of the 11th Dragoons told me that it was proverbial through all the Peninsular War, that our Dragoons who were mostly brought into the hospital with slight punctured wounds in the chest or abdomen almost invariably died.  The French Dragoons on the contrary had mostly cut or incised wounds and almost all recovered.  I have invented a sword Eprouvette which represents a power similar to but far exceeding any human force.  It is easily adjustable to every kind of sword and having ascertained by means of a dynamometer the maximum of human force in striking with a sword I subject every sword manufactured under my direction to the unerring power of my machine, which may be likened to the arm of a giant, with power sufficient to decapitate at a single stroke; to which is added the bending proof and the Toledo proof of thrusting through an iron plate thicker than a cuirasse; after which proof it is not likely these swords will ever break in any actual customer.

A sword must not be expected to fold three times round a turban or even bear bending the point to touch the hilt.  It would not be difficult to make such swords but they would be inferior for all practical purposes…

The very great patronage I have already received will stimulate me to persevere in an attempt to render the swords of this country equal, if not superior to any in the world.

Sir; – Your article respecting the naval cutlass, which appeared in last week’s United Services Gazette, applies equally to the bad swords that our troopers are armed with, and your remarks are strikingly confirmed by the correspondents of the Daily Telegraph, who, in describing the Battle of Tamai, calls especial attention to Tommy Atkins, and the marked disadvantage at which he was placed by having a badly tempered and clumsy weapon with which to encounter a fierce, determined and better-armed foe.  And, at the same time, attention is drawn to the execution done by two officers of the Black Watch who, doubtless, when selecting their equipment were not blind to the importance of having a light, handy sword, of the best quality and fine temper.

In the regulation trooper’s sword there are points which it is evident are never studied by the powers that be – their greatest consideration being evidently economy – and, as a natural consequence, little attention is given to the quality of material and temper; and, whilst extra and unnecessary weight of metal is introduced as a substitute, too much attention is given to gauging and the fact that one part of one sword should be interchangeable with another.  This great end being achieved, the authorities seem to consider that their duty to the soldier is performed, though the actual result is to place into his hands a clumsy, badly balanced and unwieldy sword, unfit for pointing or guarding, now the recognised methods of attacks and defence; and further; than this, as they are not subjected to a proper and unvarying proof, how can we be surprised when told of their tendency to double up?  And when we read of our men successfully contending in hand-to-hand combat with Arabs who from their earliest years have been taught the use of the sword, and who possess a weapon so immeasurably superior to that served out to the poor trooper, we may truly say, in this instance at least, that ‘the man vanquished not his arms‘.